The State of Israel was established in 1948 after the end of the British Mandate. In its Basic Laws, Israel defines itself as a Jewish and Democratic State. The Prime Minister serves as head of government and the Knesset serves as Israel’s legislative body. The country has the highest standard of living in the Middle East and the fifth highest in Asia, and has one of the highest life expediencies in the world. Israel’s financial center is Tel Aviv, while Jerusalem is the country’s most populous city and its designated capital.

Temperatures in Israel vary widely, especially during the winter. The more mountainous regions can be windy, cold, and sometimes snowy; Jerusalem usually receives at least one snowfall each year. Meanwhile, coastal cities, such as Tel Aviv and Haifa, have a typical Mediterranean climate with cool, rainy winters and long, hot summers. The area of Beersheba and the Northern Negev has a semi-arid climate with hot summers, cool winters and fewer rainy days than the Mediterranean climate. The Southern Negev has a desert climate with very hot and dry summers and mild winters with few days of rain.

Stretching only 263 miles from top to bottom, the geography of Israel is amazingly diverse: deserts in the south, snow-capped mountains in the north, beautiful beaches that run along the Mediterranean Sea, and home to the lowest point on earth – the Dead Sea.  The area is also known as the Holy Land, being holy for all Abrahamic religions including Judaism, Christianity, Islam and the Bahá’í Faith. 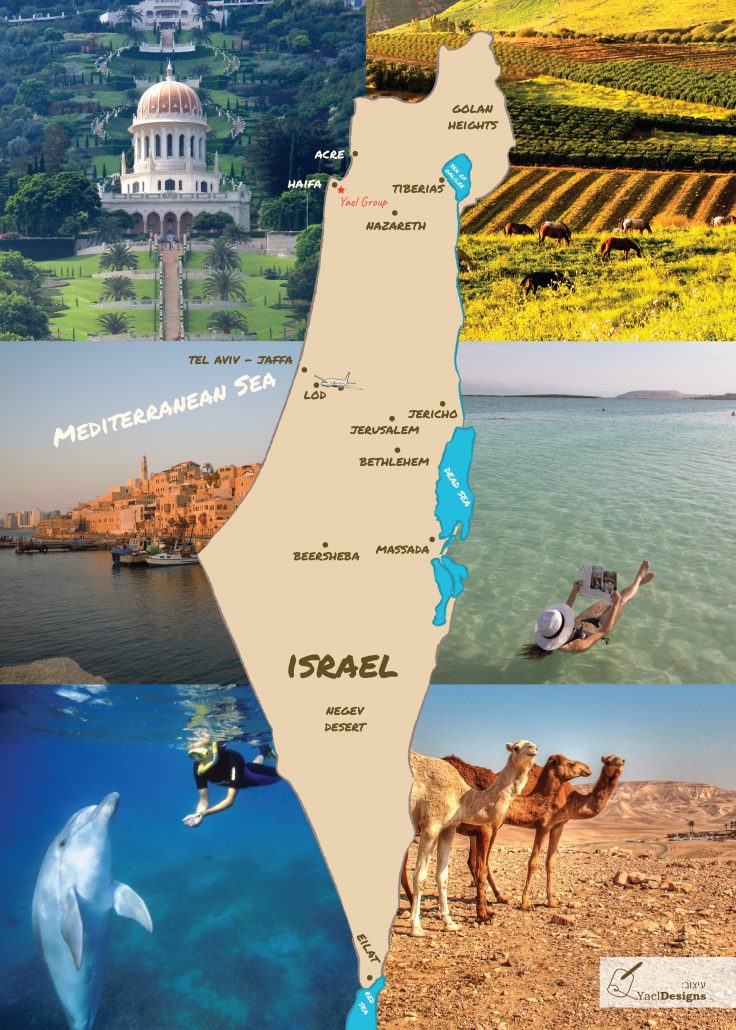